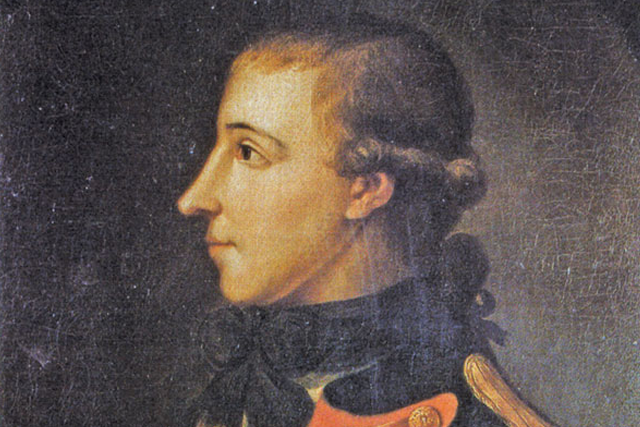 For the residents of Wolfe Tone Court, Edgeworthstown, it seems interesting and informative to look at the origins of the address. Of course, many know it comes from one of Ireland’s greatest patriots, Theobald Wolfe Tone.

Who was Wolfe Tone and what part did he play in history?

He was born in Dublin in 1763, the son of a coach maker. His family was Protestant, Church of Ireland. He was educated at Trinity College, Dublin, and was a member of the Irish bar.

His contemporary, Henry Grattan, leader of the Patriots in the Irish House of Commons, tried to make the Irish legislature more independent of Westminster, but Tone had a much more radical outlook than Grattan. Tone tried to transform how the Irish Parliament worked, as he longed for the ideals of democracy to be put in place.

In England there were restrictions put on the Irish Parliament, a powerless body under Westminster control. Tone and Grattan wanted to change that law and fighting would eventually ensue. While the American patriots were fighting against British rule for the colonies, Tone thought that he would do likewise and have a Parliament run solely by Ireland. He wanted to change England’s basic relationship to Ireland.

In 1791, Tone and two other men established the United Irishmen. Lord Edward Fitzgerald was one of the men who became a member of the movement, a son of the first Duke of Leinster and Earl of Kildare. Lord Edward embraced the French as an ally in the struggle for independence, as did Tone, and although the French landed in Ireland to help with battle, their arrival was hindered by stormy seas and bad weather conditions.

Because of betrayal in the Irish ranks, Lord Edward was arrested and it is reported that he died in prison.

The rebellion of 1798 was planned and failed in some areas, except in Wexford and Wicklow, where a band of Catholic priests, under Fr. John Murphy, led the people in battle, but he was later arrested and hanged.

In the meantime, the French tried again with two attempts to help in the fight for freedom, but failed. Wolfe Tone was arrested and imprisoned at Derry, but was then moved to a prison in Dublin. He was found guilty and sentenced to death. The extent of his rallying call with the French was only realised by the British at his trial and it would remain his legacy.

Wolfe Tone requested a military execution but was refused. He tried to commit suicide in prison. In the same year, 1798, he died of self-inflicted wounds. Although he failed in his attempts to gain Catholic freedom, he set the stage for more attempts to be made, and freedom would eventually come.

Wolfe Tone is buried at Bodenstown, outside Dublin. Now, many years later, our two countries are at peace with each other and freedom exists for Catholic and Protestant alike, thanks to patriots like Wolfe Tone.