Celtic settlements were the earliest influence in the development of towns and villages in Ireland. Glendalough is one of the best examples. The monks tended to build in remote spots, but on the other hand the friars were wont to build in settled populated areas.

There was some degree of Viking settlement on the coast and on navigable rivers. The Romans never invaded Ireland and the urban development was the worse for it. The Normans built on what the Vikings developed and also they built towns inland.

Indeed it could be said that the landlord had a part to play in the development of most towns in Ireland. These landlords built up around or from a focal point such as a monument, a church from the market house, or around the gates of the landlord’s big house.

This would be typical for most towns in Ireland, including places like Strokestown, Westport and Trim, that owe much to Norman influences for their origin and growth. Adare in County Limerick is a classic example of a planned and well developed town that was destroyed and rebuilt over the centuries.

This writer had reason to visit Ballyhaunis recently and a colleague and I began to discuss what might have been the origins of the east Mayo town. We felt that St. Mary’s Abbey may well have been the start. This was in 1348, but could there have been a settlement around the old Friary (bearing in mind what I wrote about the Friars and settlements in an earlier paragraph)? In any event, by 1837 Ballyhaunis was a town with a weekly market and four fairs, mainly for cattle and horses. This means that the Fitzgerald Manor there from Norman times could well be the origin of the town, and this accounts in any event for how Ballyhaunis grew from being a mere hamlet around a castle to being an important town.

By and large, it can be said that towns developed from Celtic monasteries or Norman and Viking settlements, markets and coastal or portal towns. In Ulster, a good number of towns would have grown from the Tudor and Stuart plantations. The Victorian towns came along in the nineteenth century. These were the typical market towns of the subsequent decades that served a large agricultural hinterland.

A number of things could account for the growth of a town and these would include a cattle mart or market, waterways and ports, and the erection of a market house. The canals dated from the eighteenth century and they were superseded by the railway and the road the network as we know it today.

There is an excellent example of a market house in the centre of Castlerea, County Roscommon, and Mullingar and Longford are very good examples of towns that grew due to canals and railways. Ballina in County Mayo began as a town in 1729 and the quay and the River Moy had a major bearing on its growth in prosperity.

This is just a cursory look at the growth of towns over the years. Villages generally grew from monastic sites and landlords’ demesnes in much the same way as the smaller towns, and they held markets and fairs too that gave the area an economic base for its existence. It is an interesting aspect of the country’s social history. 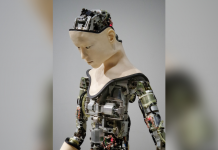 The Richest Man in Ireland 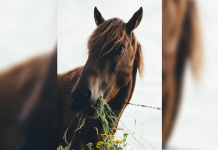 Growing up as an Irish exile 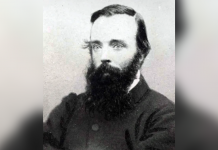 The Heroic Explorer of Australia from Co. Galway