News that Skellig Michael, the remote island off the County Kerry coast is to reopen, is welcome after its closure due to Covid-19 restrictions in Ireland, as elsewhere. The ancient monastic site is the responsibility of Ireland’s Office of Public Works, for its protection, management and maintenance.

A number of measures are underway to control the increasing volume of visitors to the site in view of its unique status since it was designated as a UNESCO World Heritage site since 1996 in recognition of its universal cultural value. It is one of two in the Republic of Ireland, the second is a complex of Neolithic chamber tombs that predates Skellig Michael and the Egyptian pyramids. Since 2010 a number of other sites in the Republic of Ireland have been listed for consideration by UNESCO as prestigious world heritage designations.

After a visit in 1910, George Bernard Shaw described “this incredible, impossible, mad place as part of our dream world”. Following in the monks’ footsteps it involves climbing around 600 steep and uneven weather beaten steps that prove a challenge. The mystic island represents an Irish expression of the Christian search for solitude which they believed would bring them closer to God. The site was attacked on a number of occasions by the Vikings, the first recorded in 824. Originally named after Saint Fionan the monastery was dedicated to Saint Michael around the tenth century.

The name Sceilig comes from a word that means a steep rock. It’s the story of two of the world’s most stunning and unspoilt islands of jagged rock pinnacles that rise majestically from the sea a few kilometres from the mainland in the wild Atlantic Ocean. Small Skellig is now a celebrated bird sanctuary containing one of the world’s largest colony of gannets and the rarely seen puffin. Great Skellig is notable for its ancient monastery at the summit of the high rock, probably founded in the seventh century. For 600 years the island was a centre of monastic life for Irish Christian monks.

The very Spartan conditions inside the monastery illustrate the ascetic lifestyle practised by early Christians. The monks slept in round stone bee-hive huts (clochans) that are perched above the nearly vertical cliff walls some of which still survive. It is described as a unique example of an early Christian settlement deliberately placed on a flat surface at the top of the pyramidal ocean rock preserved because of its elevated environment. The site illustrates the extremes of a monasticism like those of North Africa, the Near East and Europe. The monks left the island in the thirteenth century. It became a place of pilgrimage and, during the time of the Penal Laws, a haven for Catholics.

As one of Europe’s better known but least accessible monasteries, the site has attracted visitors and mass tourism through controlled boat arrivals at times navigating very choppy waters.  The island’s profile was raised further with the release in 2015 of Star Wars: The Force Awakens with scenes of the film shot on the island. Since then visitors to Skellig Michael have well exceeded an annual number of 11,000  advised  by the U.N. World Heritage agency to meet the strict criteria of environment, safety and sustainability to fully protect its status as a UNESCO universal cultural heritage.

Note: Acknowledgement is given to encyclopaedic, biographical and other sources in preparation of this text. Literature includes a book title The Skellig Story: Ancient Monastic Outpost by Des Lavelle. 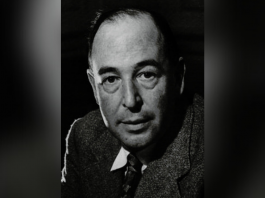 Remembering Clive Staples (C.S) Lewis with some of his most famous... 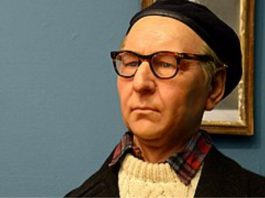 Remembering Patrick Kavanagh with some of his most famous quotes 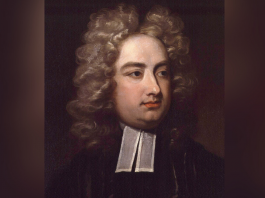 Remembering Jonathan Swift with some of his most famous quotes

ABOUT US
© Topic Newspapers Ltd.