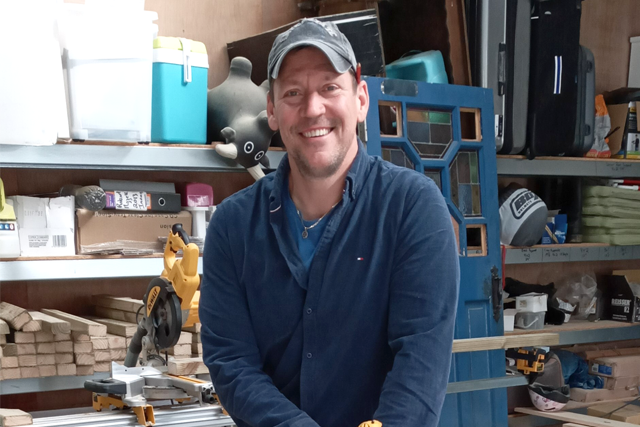 Lots of start-up companies will fail, as will the careers of so many budding music artists and musicians. A degree can’t guarantee your business idea will turn into the next Google. Just as endless hours of singing lessons or guitar strumming are unlikely to make you better than Elvis Presley or Jimi Hendrix.

The journey to chase your dreams will require a lot of hard work and hustle. The music industry has changed in the past 20 years and only appeals to the people who still care. When they stopped making vinyl, followed by cassettes, we all bought CDs. Now if we’re streaming music online, we don’t need to buy it. The big streaming technology companies, hold the power and now make the billions the big record labels did. Nobody cares about who you are until your plays hit the millions. If you’re being marketed on a tv talent show then you might get an advance. Sorry, I meant repayable loan. 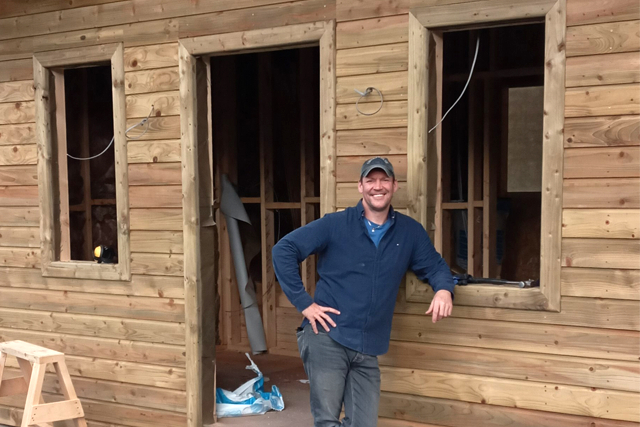 The live events industry is worth €3.5 billion to Ireland annually and was projected to reach €26.6 billion globally in value by 2022. But these numbers have taken a well-heralded nosedive because of Covid-19. We forget the countless faces and skillsets of the people who work behind the scenes, to ensure that everything is well-oiled and ready for both the performer and the audience. But when the show can’t go on then there is no income. Not every live performer is a millionaire and can afford to keep people on the payroll until the pandemic is over. Gigs are an intimate way for fans of a particular artist or music genre to enjoy a favourite song being performed live without the razzmatazz of studio production.

I met recently with self-made country music sensation, Robert Mizzell who has had to pivot temporarily away from music. Since the lockdown in March, he has rested his voice and now uses his talented hands to create pieces of bespoke garden furniture at his Westmeath home.

For decades, his music has resonated with country music fans of all ages across the Island of Ireland. He was born in the town of Shreveport, Louisiana, the Bayou State and attended Doyline High School. He spent a great deal of his childhood days around the shores of beautiful Lake Bistineau. He moved to Ireland about three decades ago in 1991 after serving in the US Army. He originally came to Ireland and worked in a variety of different jobs within the building and construction sector before choosing to embark upon a career in country music.
Known for his genuine cowboy roots and hat as much as his prolific recording career Robert’s country music has won over the hearts of traditional country music fans. To date, he has released twelve solo studio albums and two full-length DVD’s. His first major album “Hello Mr DJ” saw the hit song “Kick-Ass Country” and “Say You Love Me” – the song that made him a household name in Ireland. Some of his other notable songs are “Hey Ho!”, “Louisiana Saturday Night”, “Mama Courtney” and “She’s My Baby”. In addition to his solo career, he is a member of the ‘Three Amigos’ country music band with fellow country music singers Jimmy Buckley and Patrick Feeney. He was invited to perform for President Higgins in Aras an Uachtarain last year. Also, he is a frequent guest on TV where he delights audiences with his exhilarating brand of upbeat music.
Robert’s library of utterly sincere and honest country songs is balanced with a dedication to the craft and wrapped up in a humble demeanour. He spoke frankly to me about the need to support his family as being the primary reason that he took out the toolbox and set about making his range of ‘Dixieland Garden Furniture’. Covid-19 has forced the cancellation of many of the dances and concerts that he and his band, ‘Country Kings’ had been booked for.
“For the past 25 years, all I have been doing is travelling. So, when the pandemic came, I didn’t have much time to think. A lot of people were saying that we might just be off the road for a month or two. I had been watching what was happening in China in February, the month before the lockdown happened. I just had a horrible feeling at the back of my mind and true enough the virus came over here.” Robert then talked about how he ended up making furniture.

“I’ve always been fascinated with building things from scratch but never had the time to make anything. The lockdown brought everything to a standstill so my wife suggested that I go into the workshop simply as a way to ease the boredom. I found a DIY garden bench design and decided to make it myself. Being an American, I’m used to torching timber to preserve it – my father used to do it. So, I built the bench, torched it and I set it out in the garden and said there’s your bench to my wife, Adele! It was a wonderful feeling to have produced a piece of furniture with my bare hands. My wife seemed somewhat surprised as the only work I usually do around the house is mow the lawn!!” 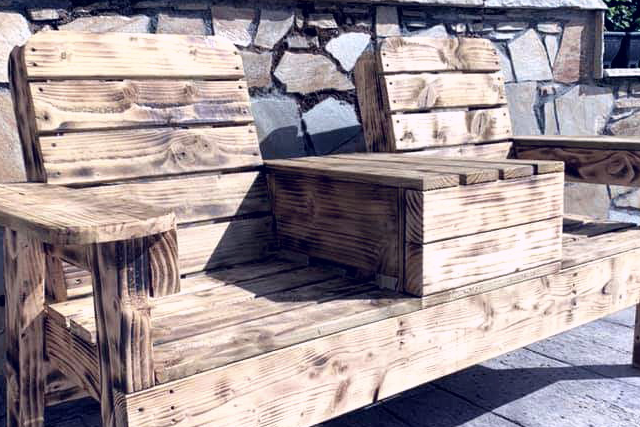 Robert enjoyed the process and found it very therapeutic and a perfect distraction from hearing and talking about the doom and gloom of the virus. His wife loved the finished bench and thought that he should make a short video to show it off to his extremely loyal fan base. That got him thinking about naming his creation as the ‘Say You Love Me’ seat – bearing the name of his hit song. The bench is designed perfectly for two people to romantically sing the line from the song to each other. It was fun and it kicked things off for him. He then started to take orders to make the benches.

“I sold about 10 benches in the first couple of weeks to people who were fans of mine, but on a personal level, their support was just so brilliant for me. They knew me from my music but I had swapped my cowboy hat for a baseball cap. Money was tight for everyone because nobody knew how long the lockdown was going to last. People are so generous to me in Ireland. They embraced me firstly for my music. Now they are embracing me again for my furniture.”
The two-stepping tunes were replaced by workshop decibels of a saw and drill and he has now added an integrated storage section to his original ‘Say You Love Me’ bench design, it’s now a rather handsome looking garden sofa that’s uniquely original and lovingly created by Robert. Not content with benches, he is also building a log cabin for his wife Adele’s new venture. The finished cabin will be fully glazed, wired, insulated and weatherproofed to withstand the harshest of weather conditions. The quality of Robert’s workmanship is second to none.

Live performances at sold-out venues still cannot go ahead on public safety grounds and there still is no end in sight for performers like Robert. Though he cannot perform his country ballads or upbeat anthems for the moment, he has adapted to the new reality. He fondly tells me of his Mercedes coupe car that he has now traded in for a pick-up truck and trailer to do deliveries of furniture.
“I loved that car; I had bought it just before the lockdown and it was sitting idle for weeks and weeks as I couldn’t drive it. I said to Adele that it has to go. I scaled myself back to live the life I do now as a furniture maker. I’m predicting that my business will not come back to any form of normality till 2023. Social distancing will make it very hard for me to perform live to audiences of 250-300 people on a dancefloor.”
Robert is never going to truly lose the itch to write and perform his country music. His many online concerts keep his faithful audiences happy. He is still the same proud man who is putting food on the table and supporting his family. His furniture is impressive and he has carved out a whole new career for himself. That to me is the sort of man Robert Mizzell is. Only his day job has changed so why not let the pride of Louisiana grace your home.