Home is where we were born, it is the place where we lived with our parents and siblings and that town or village or county is always referred to as ‘home.’ Many individuals emigrate to other destinations throughout the world and have a place there they which they refer to as ‘home,’ for some temporary, others remain and make it a permanent ‘home.’

John McCullen made a temporary ‘home’ in England but returned from there in 1972 after completing an M.Sc. in Landscape Design, Management and Ecology at Wye College (London University) and spending a period of time at the world famous tree and shrub nurseries of Hillier & Sons in Winchester, Hampshire, in their landscape division.

He returned to a landscape post with Goulding Landscape in Dublin and two years later joined An Foras Forbartha – the Institute for Physical Planning and Development, (a government agency) as a landscape researcher with a multi-disciplinary team, advising local authorities on landscape matters and tree preservation orders.

Two years later John was appointed Dun Laoghaire’s first park superintendent with the task of setting up their new parks department and four years later he took up a teaching appointment with the ICA at their horticultural college at An Grianán, Co. Louth, lecturing on horticultural management, fruit production and climatology.

John had gathered up a wealth of experience and information and four years later he applied to the Office of Public Works for the position of park superintendent, Phoenix Park.

The majority of the residents in the park are park staff, retired staff and their families and widows of former park workers, who are entitled to live out their days in the houses where they brought up their families, one of the only national parks in the world to grant such “grace and favour” accommodation to their long-standing, loyal employees.

Traditionally, living in the park was a management device for the protection of the park. You had park constables and gatekeepers who had to be there in the park day and night until the 1990s because of the deer herd and more than 800 cattle grazed there, and the gatekeeper needed to prevent them from straying.

The McCullens had their own home in Gormanston, Co. Meath, however, John is entitled to continue living in the park for the rest of his life, researching and working on its history. The ‘perk’ of a ‘home for life’ in the park becomes a rental arrangement between the Office of Public Works and the worker.

Once he or she retires, retired workers are entitled to see out their days in their homes and the houses pass on to their spouse, but not their children. ‘I commenced my post in September 1984, retiring in February 2012 after a period of 27 years.’

He describes his work ‘It is probably the most prestigious and challenging landscape management and design portfolio there is in the country. The position has always been considered to be a very demanding post because of its responsibilities and demands.’ John says: ‘At 37 years of age I was eagerly looking forward to my new life in Dublin, proud of my achievement of securing the post and we had moved from our rural home in Gormanston, Co. Meath, so really we were exchanging one rural environment for another, since the park is more than 707 hectares (1,760 acres) – more than twice the size of New York’s Central Park.

There was a good salary and conditions, including accommodation within the park, where as a family we settled in to our new ‘home.’ Working and living in the park is like being in a rural situation and differed very little from my home in Gormanston. The children – Brian, Aidan, Carl and Marianne easily transitioned to park life and settled well in nearby schools. For me the change was both challenging and refreshing.

The work entailed the landscape management of the Phoenix Park and related properties such as the National War Memorial Gardens at Islandbridge, St. Stephen’s Green Park and Iveagh Gardens.’

John described a normal working day in Park life: ‘I would report to work at 8.00 a.m. to the White Fields Offices and depot, beside my park residence, walking the distance in about 3 minutes. Work involved administration, including reports, interaction with local staff and OPW Head Office, meetings with park user groups and organisers of major Park events. My major focus was on the restoration of the Park’s landscape, including the planting of thousands of deciduous trees, the People’s Flower Gardens, grounds of Áras an Uactaráin and the Victorian walled garden at the Park’s Visitor Centre, also  restoration of the historic landscape including the relocation of the Phoenix Monument and the gas lights.’

John described his work surroundings: ‘The work setting was unique, no travelling involved, surrounded by magnificent landscaped grounds, offices and depot located and secluded away from the public gaze and easy access to any location within the park. The White Fields location was rich in history, as it included the residence of the former park/bailiffs/park superintendents who resided there, including the first occupant, William Spalding Wilkie, for whom the house was built in 1834 and also Major General Tom Ennis, who became park superintendent in 1924.’

John had a very demanding working life in the Phoenix Park and yet he gathered up, within that vast landscape setting, all that he experienced in his daily life which allowed him to research and publish volume 1 of the park’s history and also, he says, he is today working on another volume of the park’s history up to 1980.

Prior to taking up his position in the park, he says ‘I co-authored a book on urban trees as part of my research work with An Foras Forbartha in the early 1980s. The history of the Phoenix Park arose from a Phd thesis I undertook in Trinity College, Dublin. John McCullen, Park Superintendent of Phoenix Park and subsequently Chief Park Supterintendent of Historic Properties countrywide, sums up his years residing and working there, ‘I feel very blessed to have had the opportunity to live and work in such a wonderful natural environment, rich with more than 350 years of history since it was created in 1662 as a deer park.

The restoration of Irish National War Memorial Gardens in the 1980s was also special since this park commemorated almost 50,000 Irish men who died fighting with Britain in the First World War.’

And where is John now, in ‘a place called home?’ ‘I still reside in the Park Bailiff’s House in the Phoenix Park, due to a fortuitous set of circumstances which includes historical landscape research on the park and writing, which has not denied the present park superintendent or the chief park superintendent the opportunity to reside there. I live here with my son Carl and two cats – Fella and Linxy’. 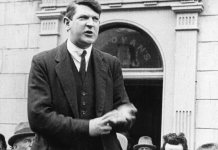 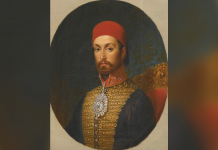 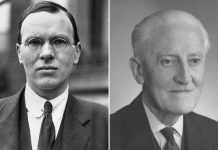