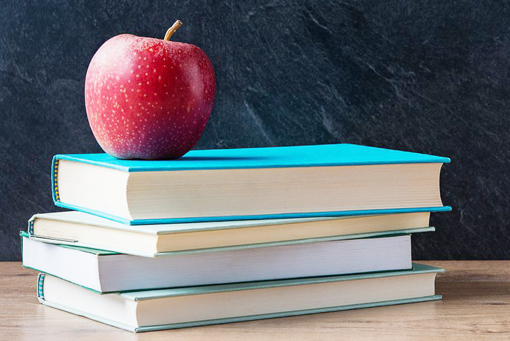 Were my schooldays the happiest days of my life? Maybe not all of them but I do have many pleasant memories of days at Scoil Ailbhe, the Thurles CBS Primary School, now celebrating its 70th anniversary. There I learned lessons not, perhaps, on the curriculum of the day but which lasted me a lifetime. Possibly my earliest introduction to the world of storytelling was with a Brother Grennan in Scoil Ailbhe .

Every Friday he used to enthrall me and my classmates with stories from the Bible that were both fascinating and inspirational. He illustrated his colourful and magical tales with eye-catching chalk drawings on the blackboard. I remember feeling so sorry for the poor unfortunates who was waylaid by robbers but, happily, received aid from the unlikely good Samaritan. This tale and many more instilled in me a feeling for others and a sense of the goodness in the hearts of some people and the importance of caring for others, no matter who they are or where they come from.

I remember a Brother Rogers, from whom I learned the art of business and entrepreneurship (though I confess I shall never be or want to be a millionaire). He encouraged us to collect bags of waste paper and offered free train tickets to boys who would bring in eight bags of waste paper, for recycling, I presume. I gathered up old newspapers and copy books (and even new copy books!) and squeezed them into bulging sacks to ensure my magical ticket to the Dr Harty Cup Colleges Hurling match in which my hero, Jimmy Doyle, would play for famed Thurles CBS Secondary School. My late father and uncle were later to travel around Thurles on a jennet and cart collecting waste paper when the green wave was unheard of.

On one day a week in Scoil Ailbhe a genial army sergeant and PT Instructor used to put us through our paces with physical exercises. Being boys we had great admiration for this impressively built gentleman who not only carried an air of authority and distinction but also displayed good humour. He taught us how to exercise properly for good health and how to march in formation. The culmination of his efforts could be seen at the old Thurles Sportsfield (now Semple Stadium) as we marched with flags and wooden clubs around the sacred sod where hurling legends like Jimmy Doyle, Tony Wall and John Doyle had held us spellbound.

As we marched we formed the letters SCOIL AILBHE and I was relieved to be in the straight line of the letter ‘I.’ I dreaded having to be in the more complicated letters for marching and I had nightmares about my causing consternation if I was assigned to the letter ’S’. Many of us put those early lessons in marching and discipline to good use when we later joined the Boy Scouts, the FCA or the Defence Forces.

I wore grey short trousers, a white shirt and a blue tie and felt as elegantly dressed as the movie stars we admired in one of the two cinemas in town, known affectionately as “The Wan Above” and The Wan Below”, depending on which end of the town you were from. In addition to the drill display, we also took part in the school sports day which was great fun, with three-legged races and horse and jockey races that made the Grand National seem a breeze by comparison, as we galloped around on the backs of our classmates, shouting “Giddy up”! and  “Hi  Ho, Trigger!”

On Wednesdays, we had a matinee featuring movies such as ‘Winchester 73’ and we also laughed to high heaven with Laurel and Hardy or the ever popular ‘Popeye the Sailo’ as we chewed our fruit gums or sucked our gobstoppers bought in the shop around the corner. There were threepenny seats and sixpenny seats and you would definitely make sure you had been a ‘good boy’ the week before in order to have the pocket money not to miss out on this great occasion which was a wonderful escape from our mundane world of exercises and rigid discipline that might at times perhaps, have been too rigid. Those old movies inculcated a great sense of morality in us that no threats of any kind could.

Simply put, we learned and accepted that the good guy is admired and the baddies get their comeuppance and no more about it. And real men did not strike or act disrespectfully towards the girls or they would have to answer to the ‘boy’ (the good guy or the chap) in no uncertain manner. And everybody had a ‘buddy’ or a ‘buttie’ with whom to share adventures or problems or swap comics and marbles with. Most of all I enjoyed watching the classroom clock as we neared the time to go home and played hurling on the roads or up in the sportsfield.

Years later, a past pupil confessed to me that he had stolen a menacing-looking new leather strap brought one day into the classroom by a Christian Brother and left in a cupboard. He and his pal, like himself, now dead, bravely nicked the ugly thing after school one afternoon and deposited it in a wall up a laneway in town, where it’s still is, I think!