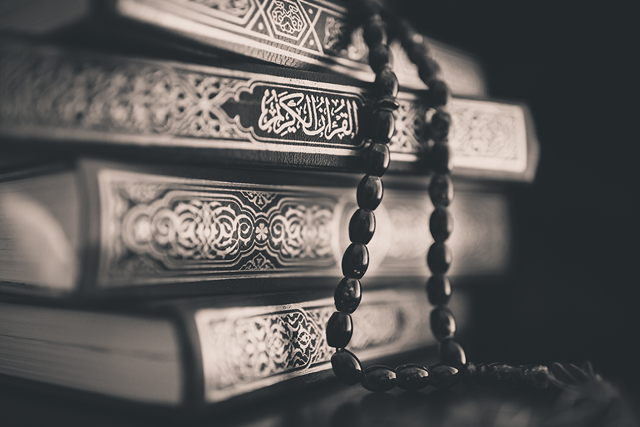 Currently 63,000 Muslims live in Ireland which makes Islam the third largest religion in the country after Catholicism and the Church of Ireland.

There are several social classes amongst Irish Muslims – from middle/upper-class doctors and medical students, to lower skilled and lower paid workers, refugees and asylum seekers.

The Irish Muslim community originally consisted of hospital medical staff and university students. UK business people followed and opened Palestinian, Lebanese, Indian and Pakistani restaurants, or became involved in the clothing or meat industries. In the late 1990s, refugees came mainly from Bosnia and Somalia but more recently from Syria in 2017.

All Muslims mainly follow the five pillars of Islam. The first pillar is the declaration of faith whereby they state they believe in one God, and that the Prophet Muhammad was his final prophet and messenger.

Muhammad was the founder of Islam; born in Mecca in Saudi Arabia in 570. At the age of 40, the angel Gabriel appeared to Muhammad, and over the next 23 years, revelations were made to him and are contained in the Holy Qur’an, which is Islam’s most sacred text.

The second pillar is to pray five times daily in Arabic. Before praying, Muslims always wash their hands, arms, face and feet. The third pillar is almsgiving, where Muslims give an obligatory 2.5 percent of their annual income to charity. This is then passed to poor relatives at home and abroad, to the mosque, or to any third world countries in crisis, or places of conflict. The fourth pillar is Ramadan.

Muslims fast each year during the month of Ramadan to commemorate the month when the Qur’an was first revealed to the Prophet. Ramadan is the ninth month in the Islamic calendar, which is based on the lunar cycle. The Islamic year is shorter than the solar year, and therefore Ramadan moves forwards 11 days each year.

Muslims are not allowed to consume any food or drink during Ramadan from the first light of daybreak, almost two hours before full sunrise, until after sunset. It is considered to be a month of goodness, blessing and prayer. The fifth pillar is a pilgrimage to Mecca, the Prophet’s birth place which Muslims are expected to make at least once in their lifetime but only if they have the financial means.

Muslims have become well integrated in Irish life. They say they feel welcome despite encountering disquiet from press and media reports which unfairly portray Islam as a violent religion.

Ironically, Islam’s teachings promote tolerance and peacefulness. Overall, their comfort amongst Irish society stems from having freedom of religion and being able to express their faith. One Muslim told me: “Irish people are generally very warm and open. Ireland has its own character and way of looking at things. The Irish are admired and held in high esteem around the world. For me the two best things in the world are being Irish and a Muslim.”

Muslims are involved in social issues and help the homeless in Dublin, Cork and Galway. They have a policy of never turning away anyone who asks for help. Mosques often hold open days for non-Muslims to learn more about Islam and their way of life. Imams, the equivalent to priests, are part of interfaith groups in towns and cities aimed at encouraging greater tolerance and social cohesion amongst different faiths.

There are several mixed marriages in Ireland between Muslims and Christians. Arranged marriages are not so common in Ireland with parents more accepting of their children choosing their own partners than that of their forebears.

Muslims in Ireland have generally taken on the character and thinking process of other non- Muslim Irish. They have not overreacted to the Taoiseach, Leo Varadkar, being gay, or the concept of living in a country which allows same-sex marriage.

Whilst Muslims are opposed to abortion, they consider it a balancing act between remaining true to their faith and not expressing an opposing view that could be interpreted as offensive or regressive.

Muslims send their children to Catholic schools because they appreciate their religious ethos, but there are several state-funded Muslim National Schools in Dublin now, where Arabic, the Qur’an and Islam are taught alongside the national curriculum.

Despite Muslims coming across reactions which stem from misconception of associating Islam with violence and terrorism, they still face less bigotry and dislike than those living in the UK. Extremism and radicalisation in Ireland is not considered to have gathered momentum, although a small number have gone to Syria in the past and joined ISIS.

Overall, Muslims in Ireland are considered well-educated with a good knowledge of their religion, both of which prevent them succumbing to hate-filled war ideology.

Worryingly, however, the far right in Ireland is on the increase, and although numbers are few, Muslims are concerned that they will be particularly targeted.

Some Muslims feel they might no longer be greeted with open hearts and minds, and instead may feel unwanted and under pressure in Ireland.

But for now, there is peace and harmony amongst Muslims and their Irish neighbours, which adds to the country’s rich diversity in a much-valued way.

Declan Henry was born in Ballymote, Co. Sligo and now lives in Kent. He is a professional writer and author of several books. www.declanhenry.co.uk