A journey through a miner’s life

The crunch of the ground beneath the feet, the dripping of water overhead, the intensity of the darkness in areas without lighting, the sheer sense of the incredible endurance of those men who worked there year after year, totally dependent on each other to stay out of danger or even to stay alive, appeals to all the senses. The sight of the cramped areas in which the miners lay on their sides in pools of water leaves the visitor amazed that such working conditions existed in relatively recent times. The work of a miner was exhausting and often hazardous, with working conditions that were harsh and cramped.
Experience what it was like for yourself as you walk underground through what was the last working mine in Arigna and see how coal was extracted. Take a journey through a part of our national history which you have only ever been able to read about until recent years. 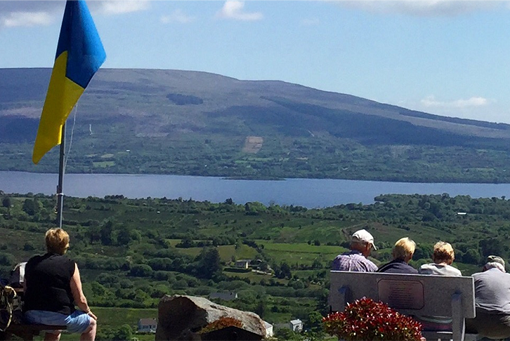 The surrounding natural scenery of the area is the first aspect which strikes the visitor. The panoramic views across Lough Allen, onto Sliabh an Iarainn (The Iron Mountain) and the surrounding mountains and deep valleys are breathtaking. Regularly visitors will spend some time admiring this wonderful view, a totally unexpected jewel in their travels. Upon entering the building, the visitor is invited to explore the exhibit area which traces 400 years of mining history, and its impact on the culture and community of Arigna and the surrounding parishes until 1990, when the last mines finally closed. 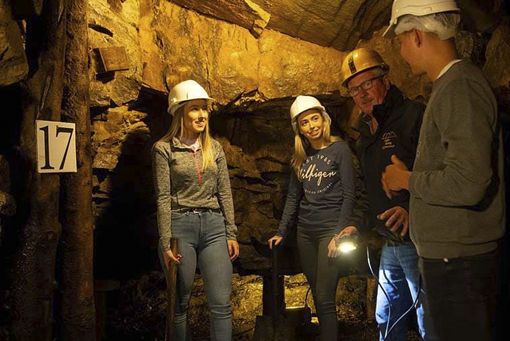 The tour begins tour underground with an ex-miner acts as tour guide who takes the visitor into the mine. The tour underground is literally a journey through a way of life, which has been so authentically reborn through this amazing project that one cannot but leave without feeling they have had a totally unique experience. It is a fascinating journey through history which appeals to young and old, and leaves the visitor with an overwhelming sense of skill and dedication of generations of miners in conditions which were extremely difficult.
Coal mining provided much needed work in a region of poor agricultural land. Regular employment was uncommon in the province of Connaught in the 19th and 20th centuries and it is often said; “There was money in Arigna when there was no money elsewhere”. The industry sustained the community of Arigna down through the centuries and helped them through the horrors of the famine years (1845 to 1852).
The Experience represents a significant achievement by the community of Arigna, the centre being the first of its kind in Ireland. The completed complex gives visitors an authentic insight into an industry which played a fundamental role in Arigna for generations and is now a tourist attraction of both national and international significance. In completing this project, Arigna has not only created a unique visitor experience but has also ensured the preservation of a crucial part of history for future generations.